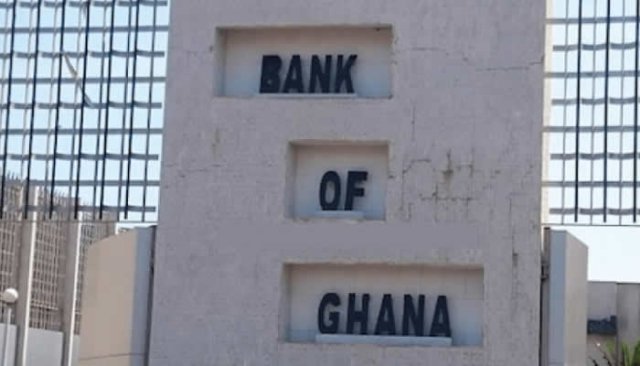 Accra, May 10, GNA – Mobile money transactions have increased by about 177 per cent between 2013 and March 2018, reaching GH¢312. 93 million and valued at GH¢52.35 billion transactions in March this year, Dr Ernest Addison, the Governor of the Bank of Ghana (BoG), has said.

He said companies with GH¢48.24 million transactions were valued at GH¢5.91 billion in March 2015, whilst mobile money accounts had increased from 8.20 to 25.3 million.

He said the increase in mobile money transactions present a huge opportunity to mobile money operators to bring on-board all economically-active people into the formal economy and good prospect for domestic revenue mobilisation drive in achieving the ‘‘Ghana beyond aid’’ agenda, and that of Africa’s economic emancipation.

Dr Addison, speaking at the launch of the Mobile Money Interoperability Project, in Accra on Thursday, urged banks and mobile money operators to continue working together to develop new, innovative and efficient mobile-based products and services at reasonable costs to meet the demands of consumers.

The Mobile Money Payment Interoperability is the service which allows direct and seamless transfer of funds from one mobile money wallet to another mobile money wallet across networks, which was developed by the Ghana Interbank Payment and Settlement Systems (GhIPSS).

It also provides a financial transaction engine that is versatile, efficient and robust and enhances patronage by both banked and unbanked segment of the population.

Dr Addison said the rolling out of the initiative marked a significant milestone in the collaborative efforts between stakeholders in the financial services sector to push the boundaries of Ghana’s payment systems.

He said the launch further attested to the BoG’s broad objective of promoting an all-inclusive, safe and sound financial sector, noting that collaboration between the financial institutions and the telecommunications sector would accelerate national economic growth and alleviate poverty.

Dr Addison commended the Vice President for his encouragement and supporting the realisation of the system into the financial landscape and pledged the support of other market participants in ensuring the success of the programme.

He said with the implementation of the system, banks could leverage on the existing 143,418 mobile money agents and 25 million mobile money accounts to expand the scope and appeal of electronic payments,

‘‘Today’s launch started about a decade ago with the establishment of the Real Time Gross Settlement System, the Electronic Central Securities Depository, the Automated Clearing House system and Codeline Cheque Truncation system.

‘‘All these systems have been working smoothly over the years and today, we are adding another layer to harness the advantages of technology and bring most economic activities into financial system,’’ he said.

Dr Addison assured that the development of the country’s financial sector was on course, noting that the unveiling of the payment system was fundamental to that process.

‘‘The full implementation of the system is expected to further deepen financial inclusion, promote the country’s cash-lite agenda and most significantly, serve as a viable vehicle for financial intermediation.

‘‘Presently, the country is witnessing a shift to a new kind of retail  banking system where a large segment of the population, previously unbanked, are being absorbed into the financial services sector, via mobile money, ‘’he noted.

He said over the years the BoG had taken measures aimed at strengthening the corporate governance and risk management structures and practices of the banking sector.

He noted that a stronger and resilient banking sector, together with the continued improvements in the payment systems would help support the country’s growth agenda.

The BoG Governor underscored the need to enhance consumer confidence in the reliability of mobile money networks, safety and security of transfers for mobile payments to thrive as means of access to financial services.