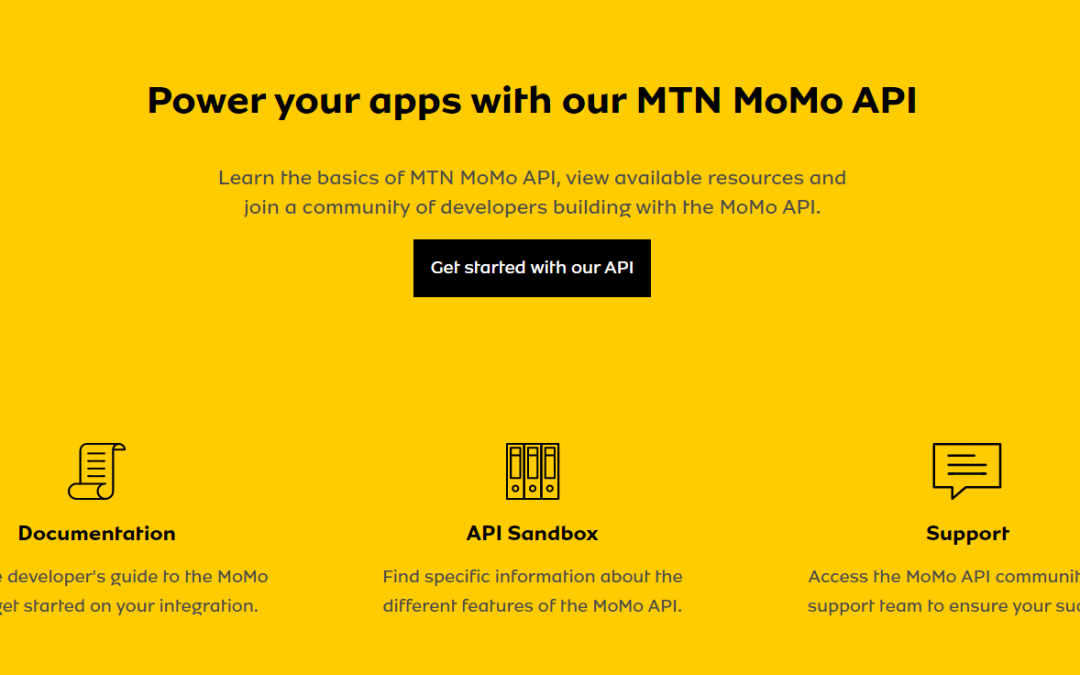 MTN Ghana is positioning itself strategically to consolidate its lead in the data market by opening up more platforms for App Developers to come up with locally relevant apps for a soon-to-be-launched MTN App Store on the MTNPlay platform.

MTN, like all the other telcos, has already opened up its SMS platform for App Developers to run value added service (VAS) through short codes.

But Innovations Manager at MTN, Abdul Latif Isahaku told ADOMBUSINESS MTN is gearing up to open up its USSD (unstructured supplementary service data), WAP (wireless application protocol) and Voice platforms for App Developers to come up with fresh apps on all of these platforms to enhance data consumption, greater experience for smartphone users on MTN and a continuous revenue stream for App Developers.

The telecom market leader already commands 65% data market share as per the National Communication Authority’s data market statistics, but it sees more opportunity to grow its market share and data revenue through collaboration with App Developers.

Isahaku told ADOMBUSINESS MTN is proud of its growing data revenues but “every day we watch our voice and SMS revenues being threatened so we are pursuing our vision to provide a new bold digital world more vigorously to capture the data market.”

MTN has therefore launched an App Challenge, which is the first proactive move my a telco in Ghana to invite App Developers to put the Apps into the MTN App store and rest assured of regular revenue flow.

“The winning apps would be the seed apps to start the MTN Apps Store, which would continue to invite more locally relevant apps through similar competitions every year and through other avenues. But the focus is to encourage apps that could not be easily found in other App stores like Google Play and Apple App Shop,” he said.

Local App Developers have been looking forward to telcos opening up their APIs (application programming interface) to allow app developers to directly bill users of their apps, but Isahaku said users are of apps in the MTN App Store would be billed through deductions from their MTN airtime, and that can only be done by the MTN.
“We however acknowledge that the apps are the intellectual property of the App Developers so we can assure them of a very fair revenue share arrangements. We are adopting a number of revenue share arrangements that would favour each category of App Developers on our platform,” Isahaku assured.

Meanwhile for the participants of the App Challenge, each contestant would have the chance to pitch their App to a carefully selected panel of judges, and five final winners would be selected. Each of the five would win a token of GHC10,000, and one Samsung Galaxy S4 handset.

“The overall top winner would get a fully-paid trip to attend an industry conference outside of the country in addition to his/her GHC10,000 and Galaxy S4 handset,” Isahaku said.

As part of promoting the App Challenge, MTN is organizing two road shows in Kumasi and Tamale in the coming weeks, ahead of inviting submissions.
…but App Developers want more
Meanwhile some App Developers have been telling ADOMBUSINESS MTN’s move is in the right direction because it provides ready market for apps and would help local app developers easily monetize their apps.

But they believe the drive towards boosting data revenue makes it more imperative for telcos operating in Ghana to learn from giants like Google, Apple, and Safaricom and adopt revenue share arrangements that favour App Developers.

Industry giants like Apple, Google maintain a revenue share arrangements that give them not more than 35% of revenues from app downloads, while the greater chunk of the revenue goes to the App Developers. Some of them have actually invested heavily into tech startups and put huge moneys in the hands of App Developers to come up with new Apps.

But in Ghana, telcos keep between 55% and 70% of the revenue from the SMS-based apps that the VAS providers use to generate revenue for telcos. And telcos are not investing in tech startups either.

General Manager of SMSGH, Alex Adjei Bram thinks “the telcos must recognize more the role apps will play in enriching mobile service portfolio and revenue generation for the telcos, and open up a lot more channels beyond SMS.”

He said “telcos should review their revenue share positions to align with the global industry practice.”

Bram is confident the telcos would eventually open up some more as some of them have already investing into state-of-the-art Service Delivery Platform (SDP), which could further improve billing platform connectivity.

“Beyond what the telcos can do, there are also service aggregators (such as SMSGH and Rancard) with sophisticated platforms to enable app developers distribute and monetize apps across telcos and countries. The benefits are left to the local developers to harness,” he said, adding that up to 65% of app revenues for SMSGH are generated by developers outside of Ghana.

MD of POPOUT, Maximus Amertogoh is urging telcos to invest at least 70% of their R&D (research and development) budget into product development in start-ups, adding that the telcos could acquire the startups to trigger an innovation revolution in the app development space.

On the question of the opening APIs, Amertogoh thinks it would be mutually beneficial for the telcos to do so, but “we need to get more people to use technology first before we focus on the payment. We need to also develop products of commercial value to attract more users or increase frequency of usage.”